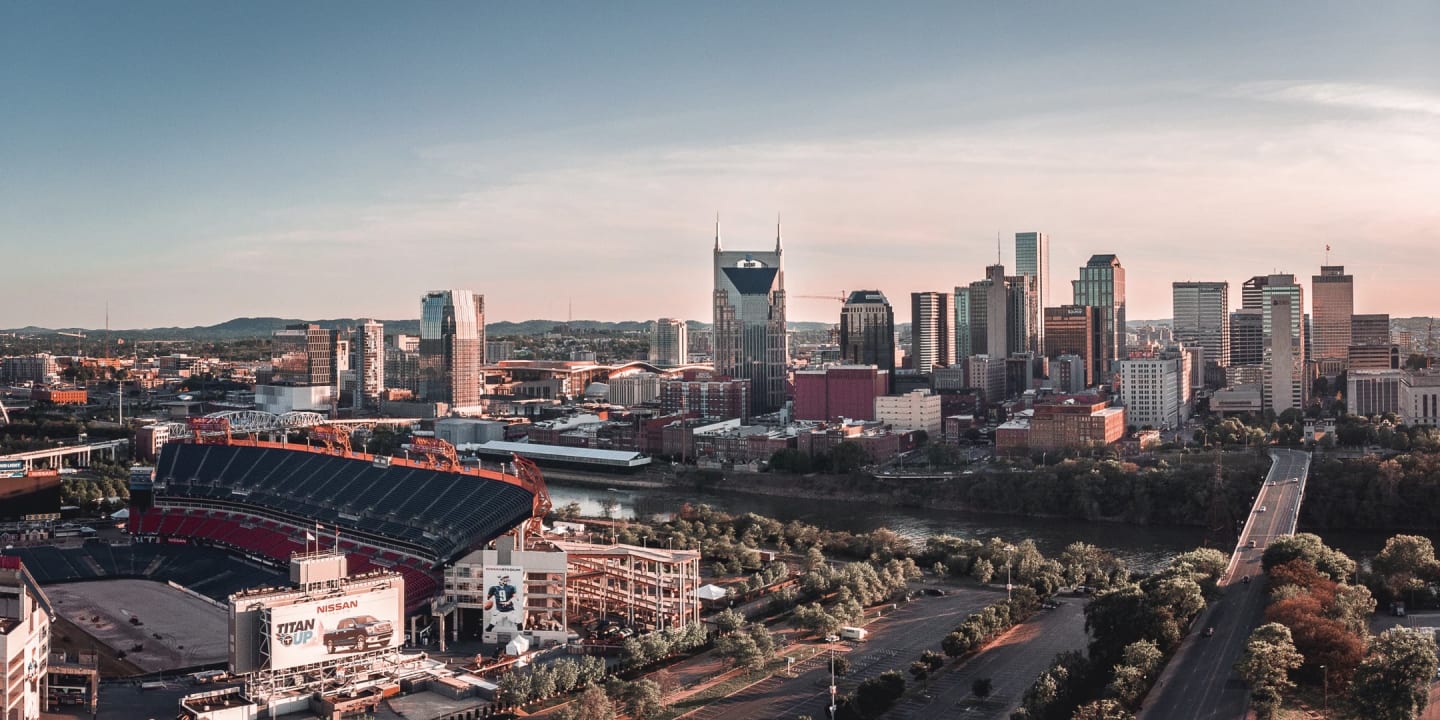 Nashville: A guide to short-term rentals

The Music City never quiets down. Kasa's short-term rental options in Nashville put you smack-dab in the middle of the action.

Booking one of Kasa's short-term rentals in the heart of Nashville means never having to be far from the music, food and energy that make the city the unique treasure that it is.

After booking your short-term rental in Nashville, here's everything you need to know for your trip.

Nestled on the Cumberland River in central Tennessee, Nashville is the state’s capital and largest city, with a population of around 700,000. First founded in 1779 near an existing settlement along the river, it was named after American Revolutionary War general Francis Nash, and ultimately became incorporated as a city in 1806. The city grew in size, and during the Civil War's Battle of Nashville it became the first Confederate state capital to fall under Union control.

In 1925, during a period of new prosperity following the end of the Civil War, the Grand Ole Opry was established, solidifying Nashville as a hub for the emerging trend of blues and country music, and eventually earning its moniker of “Music City USA.” Today it has a thriving live music scene and is home to Vanderbilt University, as well as the historically Black colleges of Fisk University and Tennessee State University.

Flying into Nashville, you’ll arrive at Nashville International Airport (BNA), located just 8 miles outside the city center at Kasa's centrally located short-term rentals. Since it is Music City, afterall, you can expect to hear live music at a variety of performance spaces throughout the airport. Buses and shuttles are available to transport you to and from the airport, but the easiest way is probably hailing a cab or calling a rideshare.

Within Nashville, a car is the easiest way to get around, though bike shares and motorized scooter shares, like Bird and Lime, are located across the city and are easily accessible. You might also see some folks traveling downtown in pedal taverns, a BYOB “party bike” that’s a favorite for group parties.

Formerly the city’s post office, the Frist Art Museum is located in a vast Art Deco–style building in Nashville’s downtown area, right near Kasa's short-term rentals. The museum has no permanent exhibitions, so it’s always a surprise as to what will be on display. That means you can always count on an impressive rotating selection of exhibits, whether it’s contemporary painters, vintage automobiles, or ancient Japanese pottery.

Even if you don’t know exactly what it is, you’ve probably heard of The Grand Ole Opry. While it may be the longest-running radio show in the country, it’s also an impressive live music venue, and it’s been home to some of the biggest names in country music, from Johnny Cash and Dolly Parton to Reba McEntire and Brad Paisley. The Opry House hosts weekly live music performances and is also available for backstage tours.

At the center of Nashville’s Centennial Park is The Parthenon, a full-scale replica of the original marble structure in Athens, Greece—complete with a 42-foot-tall statue of the goddess Athena. It was built in 1897 for the city’s Centennial Exposition, and some components of the structure are direct casts of the original marble pieces. Inside you’ll also find a museum space filled with galleries of contemporary paintings.

Near the city’s downtown is the Country Music Hall of Fame and Museum, where you can explore one of the largest collections ever made of American music recordings and paraphernalia. In the massive bass-clef-shaped building you’ll find bas-relief sculptures of all 142 Hall of Fame inductees, as well as musical instruments, costumes, films, and even Elvis Presley’s original gold-plated Cadillac limousine.

Country music fans also won’t want to miss the Johnny Cash Museum, an entire museum dedicated to the life and history of the “Man in Black.” It’s full of the famous country singer’s costumes, hand-written letters, and other personal mementos you won’t find anywhere else in the world.

There’s one dish in particular you can’t miss when visiting the Music City, and that’s Nashville hot chicken. The fiery fried chicken is a staple all across the city, though it originated at Prince’s in 1945, and they’re still serving up the same recipe today. The seasoned chicken is rubbed with a cayenne pepper paste after it’s fried, and most places offer a variety of heat levels depending on your spice tolerance. Potato salad and coleslaw are optional, but it’s almost always served with pickle slices on top of a slice of white bread.

The Goo Goo Cluster is another Nashville icon, created in 1912 and credited as being the first combination candy bar made in the U.S. Similar to a Snickers bar, it includes a layer of marshmallow nougat, caramel, and roasted peanuts, dredged in milk chocolate. Make sure you grab a few of these local favorites for the trip back home.

For some of Nashville’s best fine dining restaurants, head to the Germantown neighborhood, just north of downtown. The historic neighborhood is full of restaurants and cafes located inside restored Victorian homes, and the bountiful, year-round Nashville Farmers’ Market is just a short walk away by Centennial Park.

For an array of Nashville’s best local shops, head to 12 South, or the neighborhood surrounding 12th Avenue on the city’s south side. Just walking down the avenue you’ll find clothing, decor, and jewelry stores, as well as a few hip boutique brands. Plenty of cafes and ice cream shops will keep you fueled as you go.

If it’s a big brand shopping spree you’re after, head to Green Hills, and the massive Mall at Green Hills, where you’ll find storefronts of all your favorite luxury clothing brands. Just across the street, Hill Center offers a variety of local boutiques too, as well as organic supermarkets and luxury furniture stores.

A little ways down the river on the city’s east side is the Shelby Bottoms Nature Center and Greenway, a 950-acre park with biking and jogging trails, free bicycle rentals, flower gardens, and a nature center with local art and history exhibitions. Bring a picnic lunch and spend an afternoon by the riverside.

The historic Andrew Jackson Hermitage is a national landmark and museum just 10 miles outside the city, and the estate covers more than 1,100 acres. Guides in period costumes will bring you on a tour around the mansion and the grounds, and share the history of the home—and the dozens of enslaved men, women, and children Andrew Jackson used to build it.

Some of the city’s most prominent recording studios line Nashville’s Music Row, including RCA Studio B, where Elvis Presley and Dolly Parton (among others) have recorded many of their greatest hits. Public sculptures and works of art line the streets, many named after country music legends.

Spend some time on the Cumberland River by renting kayaks or stand-up paddleboards at the Rock Harbor Marina. If sailing is more your style, book a river cruise, almost guaranteed to feature a live music performance or two.

Printer’s Alley, a short side street in Nashville’s downtown, was once home to a thriving publishing industry. But during Prohibition, many of those print shops became undercover bars nightclubs, and you can still visit many of them today.

In 1960, Nashville became the first Southern city to desegregate public institutions, thanks in large part to the nonviolent sit-in protests staged in restaurants and shops by local college students.

Oprah Winfrey actually started her career in Nashville. She attended Tennessee State University, and at 19 years old, got a job at the local WTVF television station, where she became the first African American TV news anchor in the country.